Dagger2 in the Real World

Dagger and Dagger2 may be things you’ve heard of if you’re an Android developer. Dependency injection has been a hot topic for a while now. Often the examples you see are solving complex architectural problems, or are too trivial to demonstrate applicability.

Let’s look at a real world example of how Dagger2 is used in Emergency AUS, and maybe spark some ideas for where Dagger could improve your existing code. 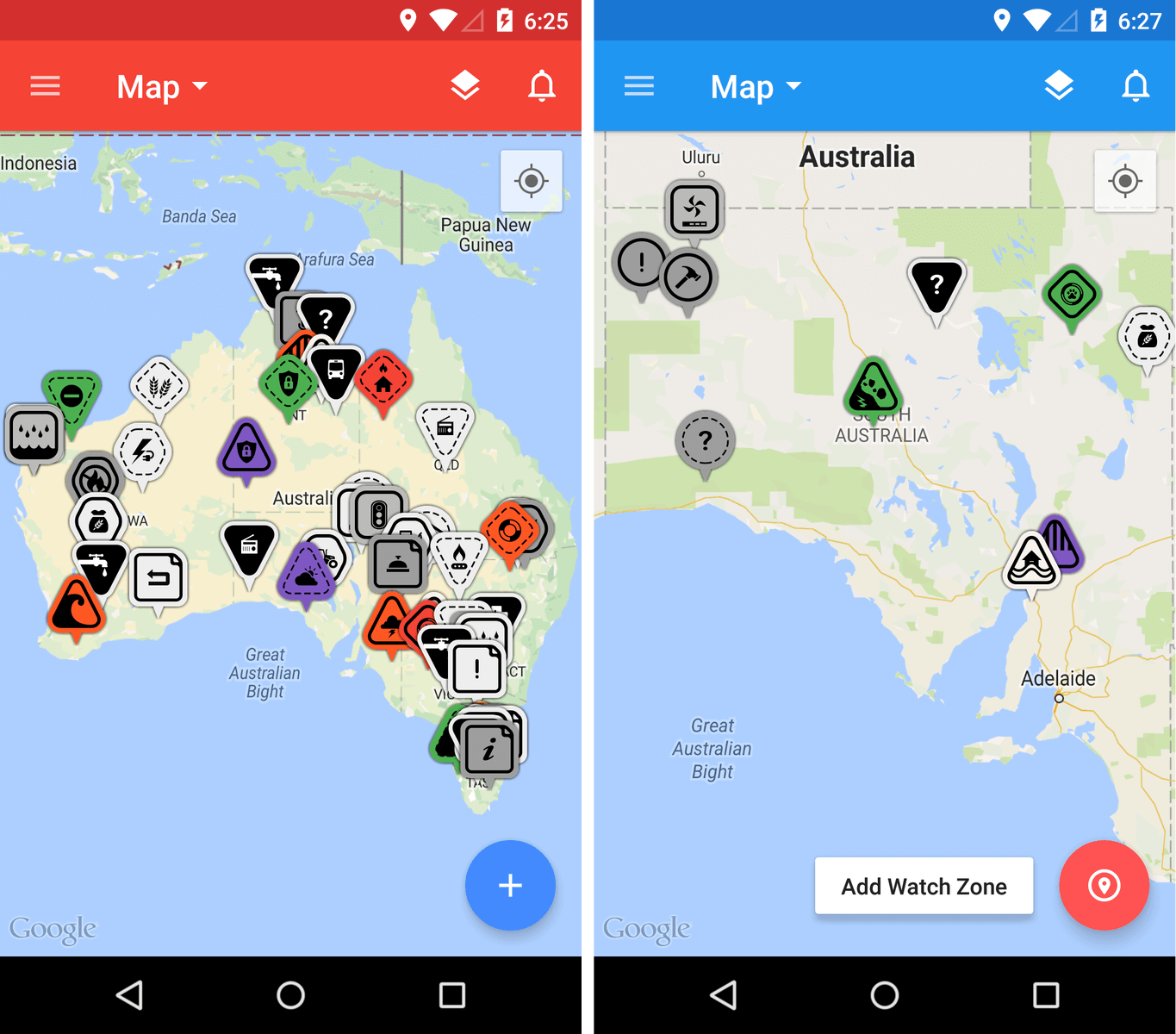 Emergency AUS and Alert SA from Gridstone are two very similar applications. One provides information on events occurring Australia wide, while the other provides tailored information for just South Australia. Each app is defined by a gradle build flavour residing in a single project.

Build flavours make it easy to provide simple cosmetic customisations; it’s straightforward to redefine R.color.primary and R.string.app_name between apps, but what about logic? In this example, we’ll look at the differences in the map camera behaviour, and how Dagger can make our job of redefining it between apps easier.

Each application has different logic about how the map should be displayed on first load. Both attempt to make use of the device’s location if it’s available, but also query the events in different ways to determine the appropriate bounds for the camera to snap to.

One approach might be to simply switch on a query to BuildConfig.FLAVOR.

To address this, we could create two utility classes with exactly the same name and method signatures in our flavour folders, giving us something like…

Now our flavour specific logic is housed in the correct directories, but our code is also particularly error prone. The class and method names must match exactly between projects (making refactoring a pain). We can’t define an interface because we’ve chosen to use static methods. If we did want to use an interface we’d have to adopt a traditional Java singleton pattern…

But now we have to duplicate this factory logic in each flavour, and traditional singletons just plain suck. This is where dependency injection comes in and magics our problems away.

I’m going to assume you’re familiar with the concepts of Dagger2 with the following code. If you’re still new to the game, this talk from Greg Kick provides a great introduction.

In each of our flavours, we can define a flavour specific module that provides our required dependencies. Our Alert SA module might look like…

One of our camera controlling classes can become…

…and the code in our main folder knows nothing about the disparate behaviour between flavours. All it needs to do is @Inject MapCameraController and Dagger takes care of providing the correct implementation for the current build flavour.

An argument can be made that we’ve introduced a lot of boilerplate code just to get this job done (I haven’t even shown the required wiring up of Components that Dagger2 requires). I’d agree if this were the only time you made use of dependency injection in a project. However, if you’re already using it to solve other problems, you already have most of that boilerplate in place. Now you’re just making use of your existing setup to provide clean resolution of dependencies on flavour specific logic.

With this setup it’s easy for us to define new MapCameraController implementations and change them any time without the client code caring. We also gain a singleton where:

I hope this example sparks some ideas about areas of your code that Dagger could improve. It’s not just a tool for solving complex architecture problems, but has applicability in more areas than you might expect.